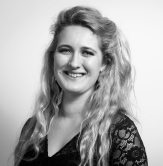 Hilary Cronin is a London-based soprano enjoying a freelance career of opera and oratorio.

Hilary trained at Trinity Laban Conservatoire of Music and Dance. She completed a Postgraduate Diploma and an FTCL Diploma and was a Trinity College London, Dame Susan Morden and Robinson Hearn Scholar.

Prior to this, Hilary read Music at Royal Holloway, University of London. In her final year, she was awarded the Driver Prize for Excellence in Performance and The Dame Felicity Lott Bursary to help with postgraduate studies. She was a Choral Scholar of The Choir of Royal Holloway and performed solos on Hyperion discs and live BBC Radio 3 Broadcasts.

Hilary has appeared in numerous operatic productions. She covered the role of Minerva in Monteverdi’s Ulysses’ Homecoming and of Diana in Cavalli’s La Calisto for English Touring Opera in their 2016 Autumn season. At the 2018 Grimeborn Festival, Hilary performed the role of Mrs Waters in Ethel Smyth’s The Boatswain’s Mate with Spectra Ensemble. Hilary sang the role of Grilletta in Haydn's Lo Speziale with Baroquestock Opera in 2018. Other roles include: Gretel in Humperdinck’s Hansel and Gretel and Noémie in Massenet’s Cendrillon for Opera Holloway, Susan in Berkeley’s A Dinner Engagement and Nance in Stephen McNeff's opera Banished at Trinity Laban, and Second Woman and 2nd Witch in Purcell’s Dido and Aeneas with The New Generation Festival. In 2019, Hilary covered the role of Despina in Mozart's Cosi fan tutte for Nevill Holt Opera.

More recently, Hilary sang the part of Cephise in a recording of Rameau's Pygmalion with Dunedin Consort for Spitalfields Music Festival.

This summer, Hilary performed the role of Mother in Hansel and Gretel for British Youth Opera and Silent Opera at Opera Holland Park.

In spring 2022, Hilary will sing the role of Une Ombre in Rameau's Castor et Pollux with The Opera Company and Baroquestock.

Hilary is studying with Alison Wells and Paul Plummer and has taken part in masterclasses with Dame Felicity Lott at the 2014 Three Choirs Festival in Worcester, with Dame Emma Kirkby and with Michael Chance at The Royal Greenwich International Early Music Festival, Kathryn Harries at Nevill Holt Opera, Janis Kelly at Royal Holloway University, and with Susan Bullock and Sir Mark Elder for British Youth Opera. Hilary trained with British Youth Opera on their 2020 - 21 Serena Fenwick Programme.

Hilary is an experienced ensemble singer. She sang chorus in Verdi Requiem and Berlioz Benvenuto Cellini with The Monteverdi Choir, and has toured with Dunedin Consort and Arcangelo. Hilary has also worked with the BBC Singers, The Marian Consort, English Voices, Choir of the Age of Enlightenment, Ora Singers, Britten Sinfonia Voices, London Voices, Philharmonia Voices and Sansara.

Hilary is regular soprano at St Bartholomew-the-Great and at Holy Sepulchre London and is a member of vocal ensembles St Martin’s Voices, Seraphim, and Echo.

Hilary is in demand as an oratorio soloist and regularly works with Istante Collective.

Hilary is the winner of both First Prize and the Audience Prize at the 2021 London Handel Singing Competition. Hilary was also a Semi-Finalist in the 2020 Kathleen Ferrier Awards.